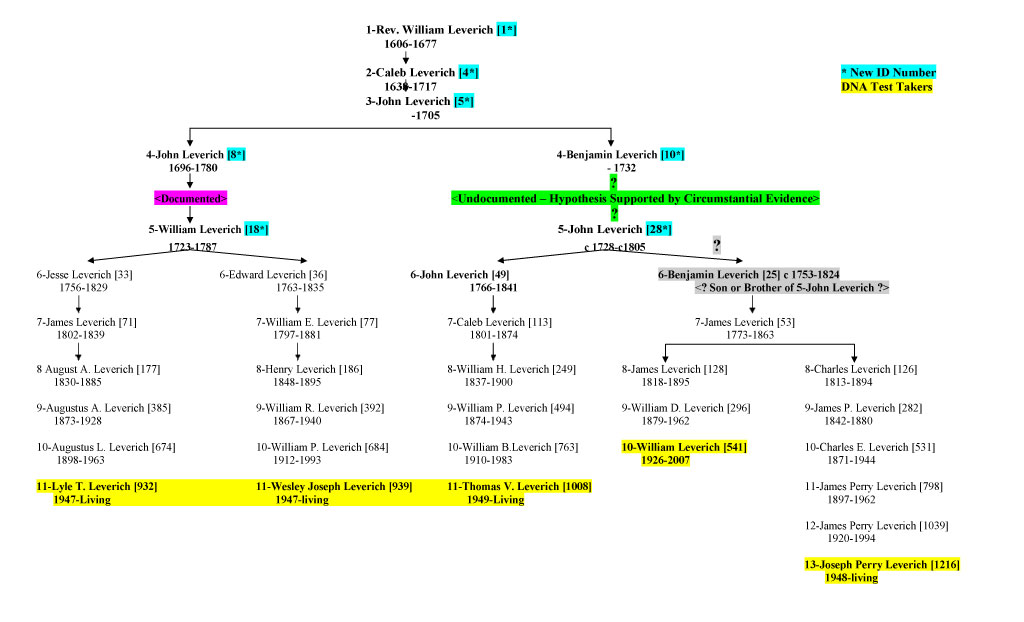 Based upon the DNA test results, the conclusion was: “There is a high probability that these five individuals share a common ancestor in 1-Rev. William Leverich of Newtown, New York.” The testing was done by Family Tree DNA.

At that time, John most likely would have been the son of 4-10 Benjamin and Mary Leverich of Newtown, since the children of Benjamin’s brothers John and William have been documented. It is likely then that the “widow Leveredge” 1769 in North Castle was Mary, widow of Benjamin Leverich, and mother of 5-28 John Leverich.