Announcing The Publication Of: 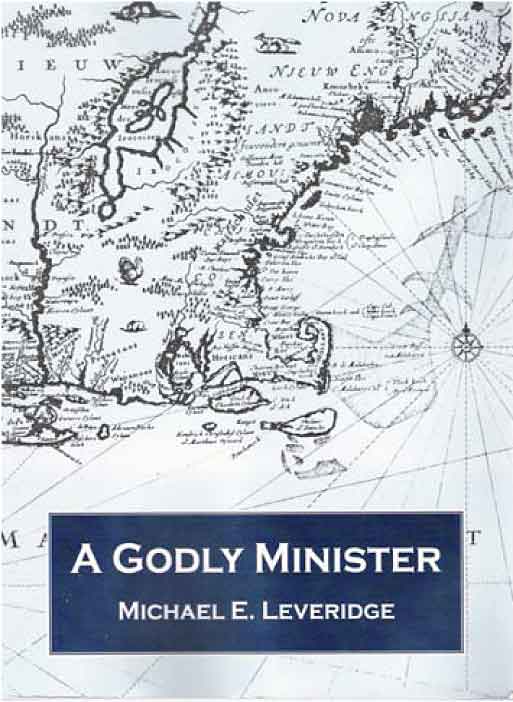 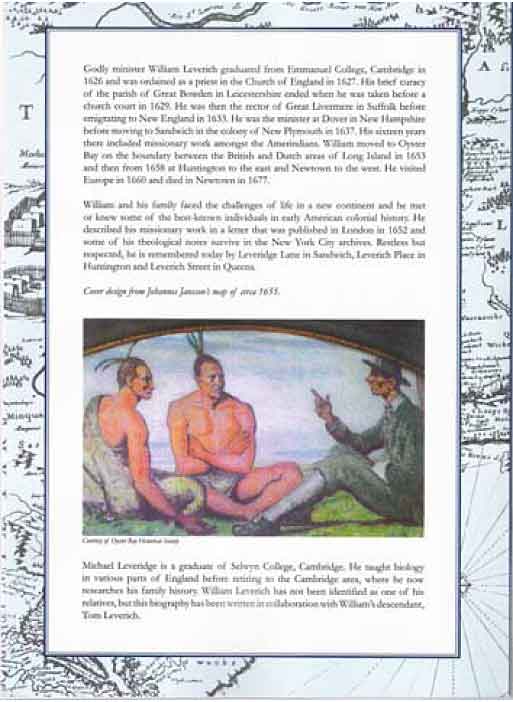 The Reverend William Leverich was born in England about 1606. A graduate of Emmanuel College, Cambridge, he was one of the first episcopally-ordained ministers to cross the Atlantic from Great Britain to New England in 1633. He experienced at first-hand the early years at Dover in New Hampshire and the settlements at Duxbury and Sandwich in Plymouth Colony, before moving on to Oyster Bay, Huntington, and Newtown in Long Island, New York. He was both a European pioneer in these places and a founder member of the Churches there. William’s life has been placed in the context of the times he lived. He emigrated for religous reasons and this aspect of society in Great Britain and America has been emphasized. William Leverich died at Newtown in 1677.

The book consists of 265 pages, with many photographs, maps, documents, figures and tables.

A free electronic version of the book is now available for download, and may be read with the freely available Adobe Acrobat Reader.

Please note: this electronic book was created in the A4 paper size. If you wish to print pages on US Letter paper, please adjust your printer’s options to print at 100% and the borderless setting activated — no book content will be cut off.